For her 5th birthday, Lila requested a cowgirl and cowboy party. From the moment she saw Toy Story 3 in the movie theater, Lila has been fascinated with cowgirls and cowboys. She would often be seen with red cowgirl boots and taking on her alter ego, "Woody." She insisted on being called Woody so much that in notes home from daycare she was sometimes referred to as Woody instead of Lila. This alternative identity worked to my benefit during potty training as one day she declared "Woody doesn't wear diapers!" And she never wore diapers again.


While she no longer calls herself "Woody" and her infactuation with Toy Story has settled down, she is still a cowgirl at heart. This year, she can be seen in her full cowgirl getup complete with pink boots!
We had a lot of fun with her birthday party theme, starting with the invitation. 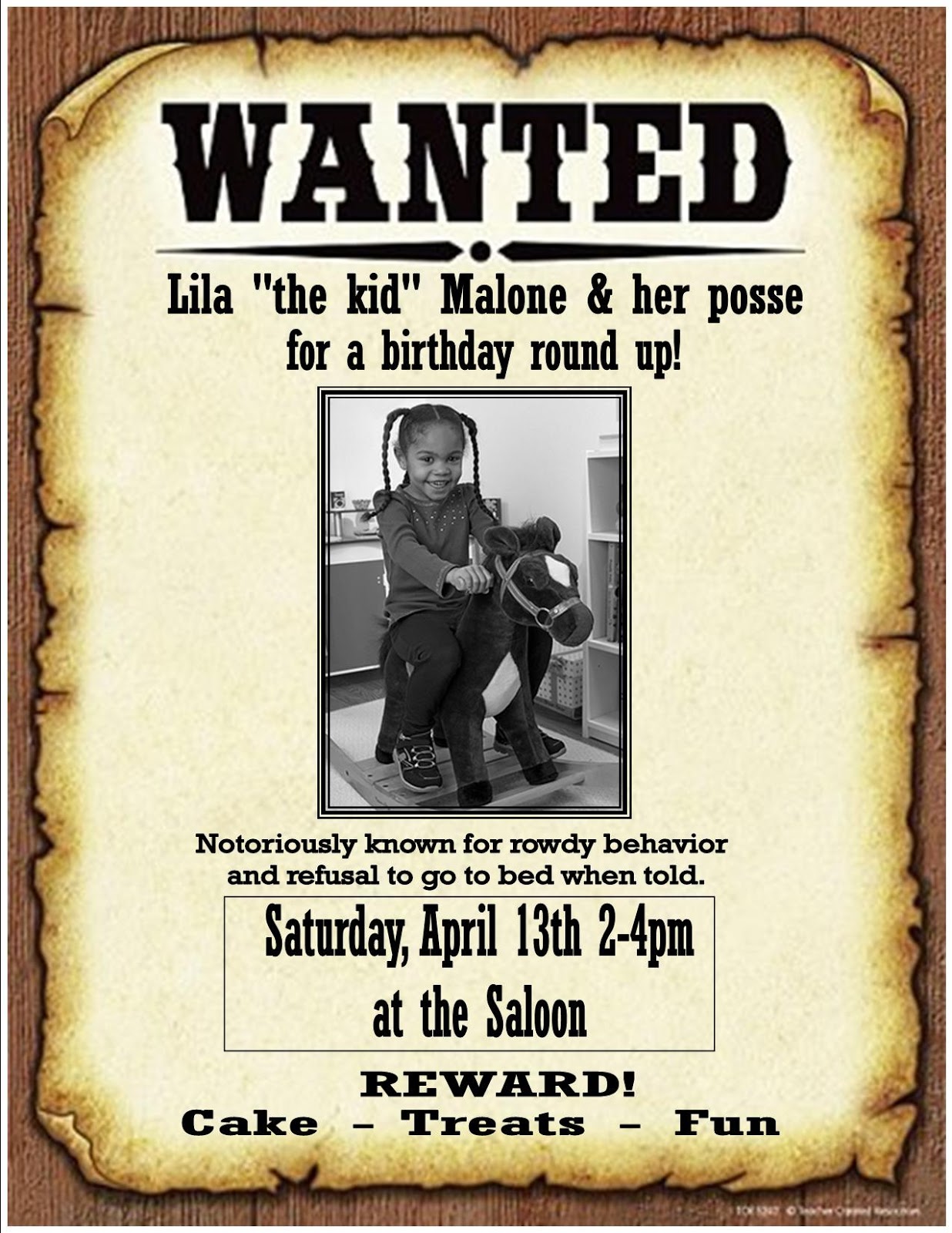 We held the party in a real "saloon." We totally took over the place with a posse of twenty-two little bandits. I honestly don't think that the guys at the bar have ever seen such a rowdy bunch! We might have even scared a few out. In the midst of a spirited line dance to "Cotton-Eyed Joe," being the mild-mannered, law-abiding mom that I am, I had to check with the manager "are you sure we aren't being too loud?" She just laughed.

For the party food, we served yummy appetizers for the adults-- spicy buffalo wings, nachos, chili, veggies with ranch dressing, and mini corn on the cob; iced tea and lemonade for the drinks. The kids were given a special menu with a choice of hotdog, hamburger, or grilled cheese. 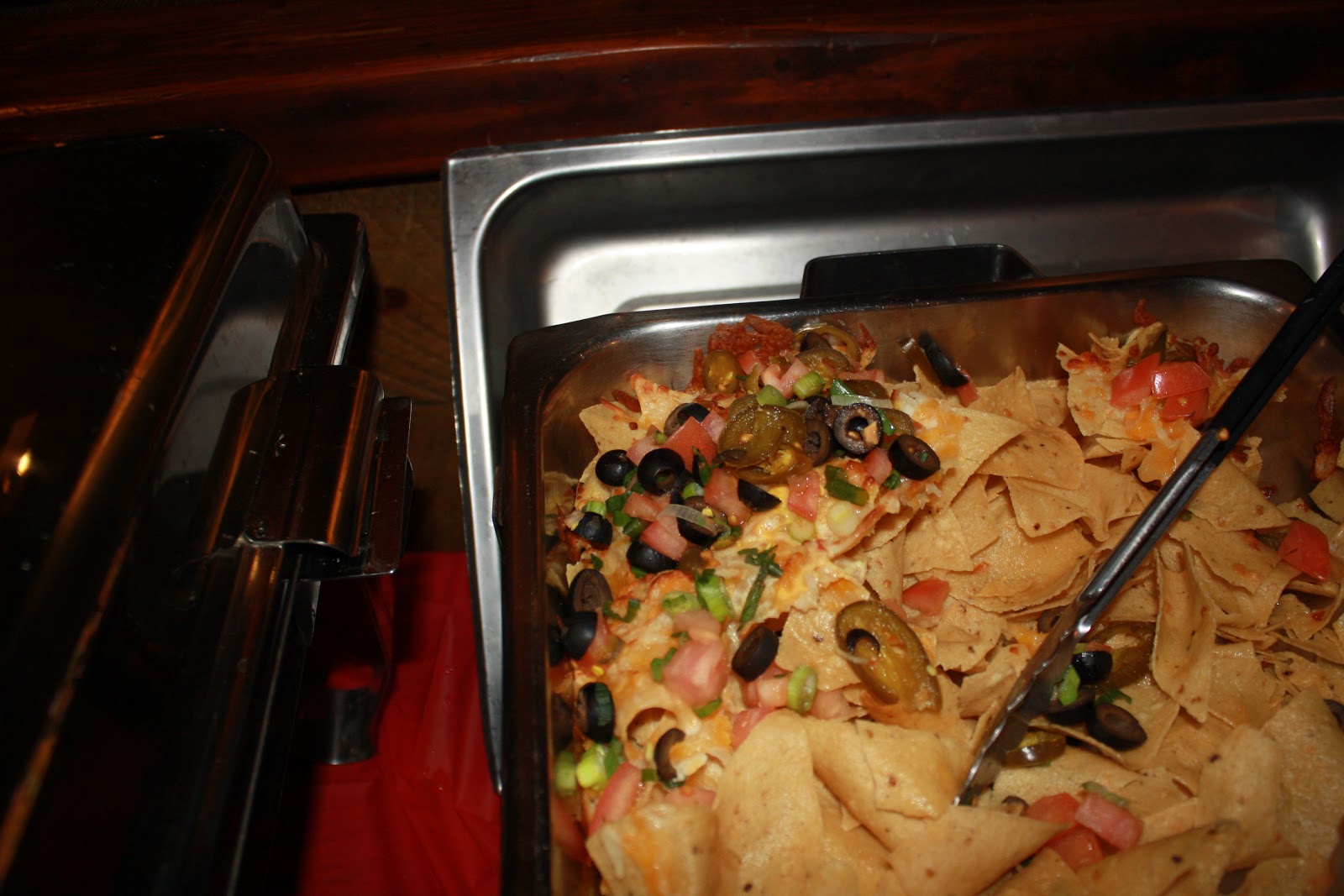 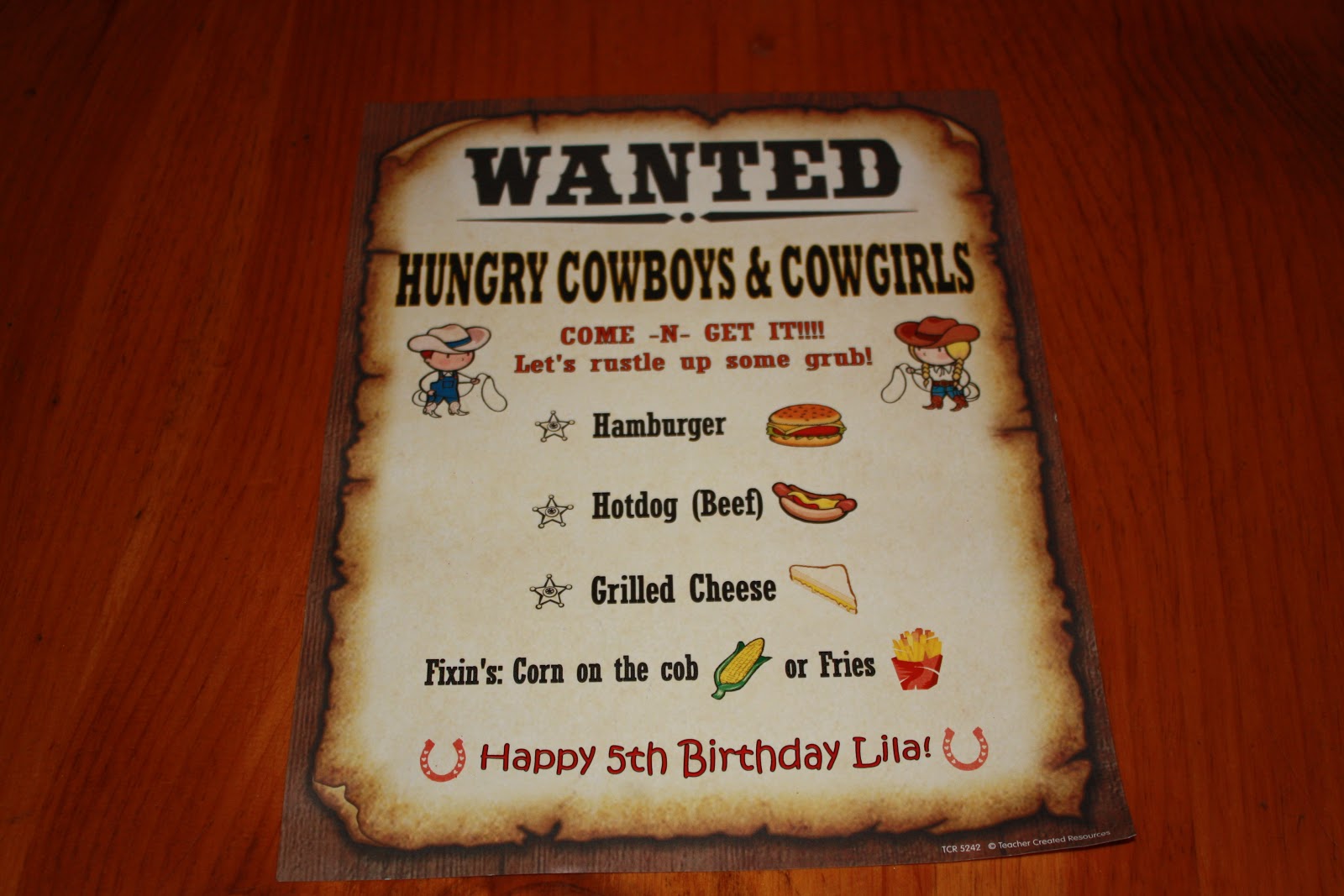 The decor was red and blue. Each of the children got a cowboy / cowgirl hat, bandana, and balloon. 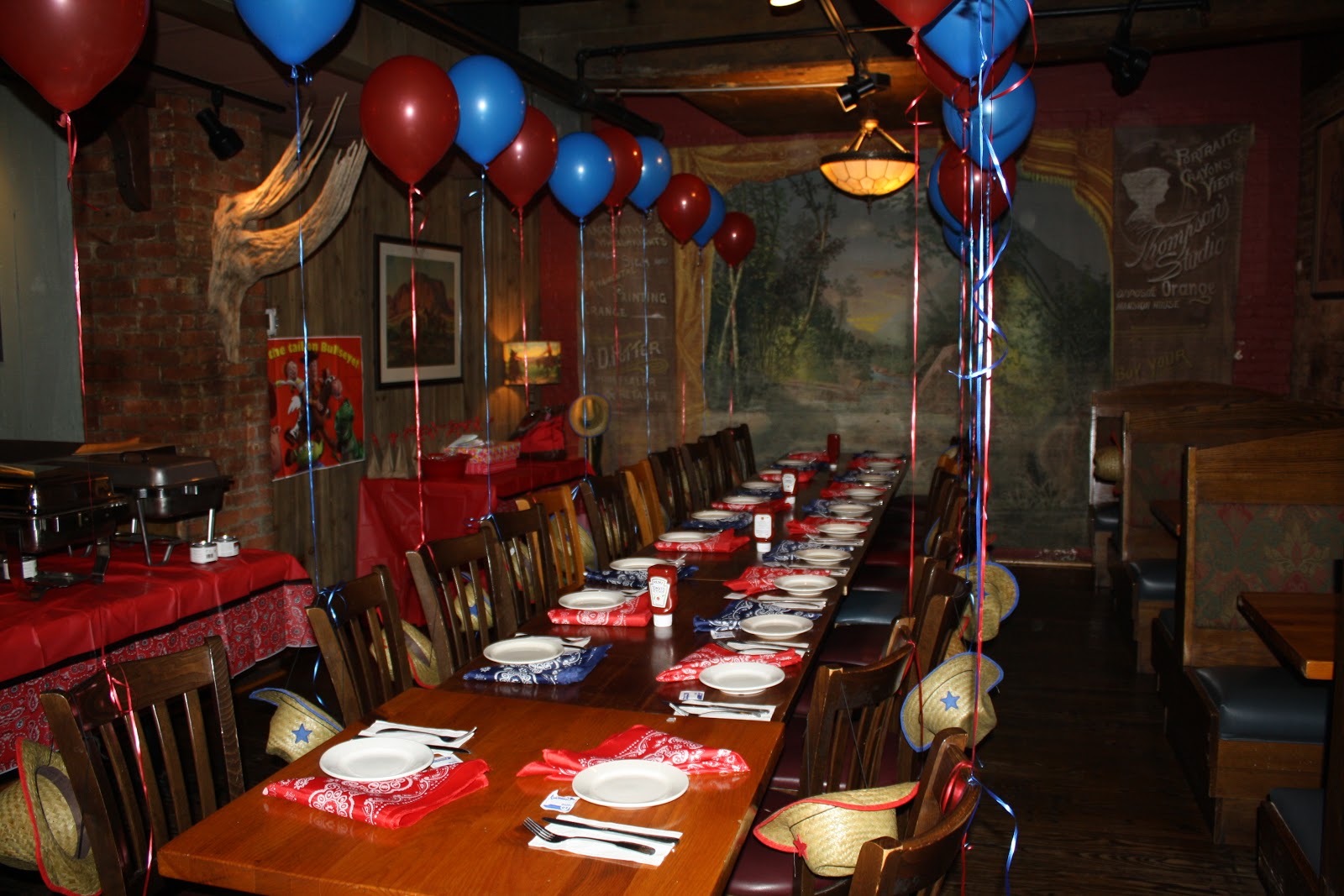 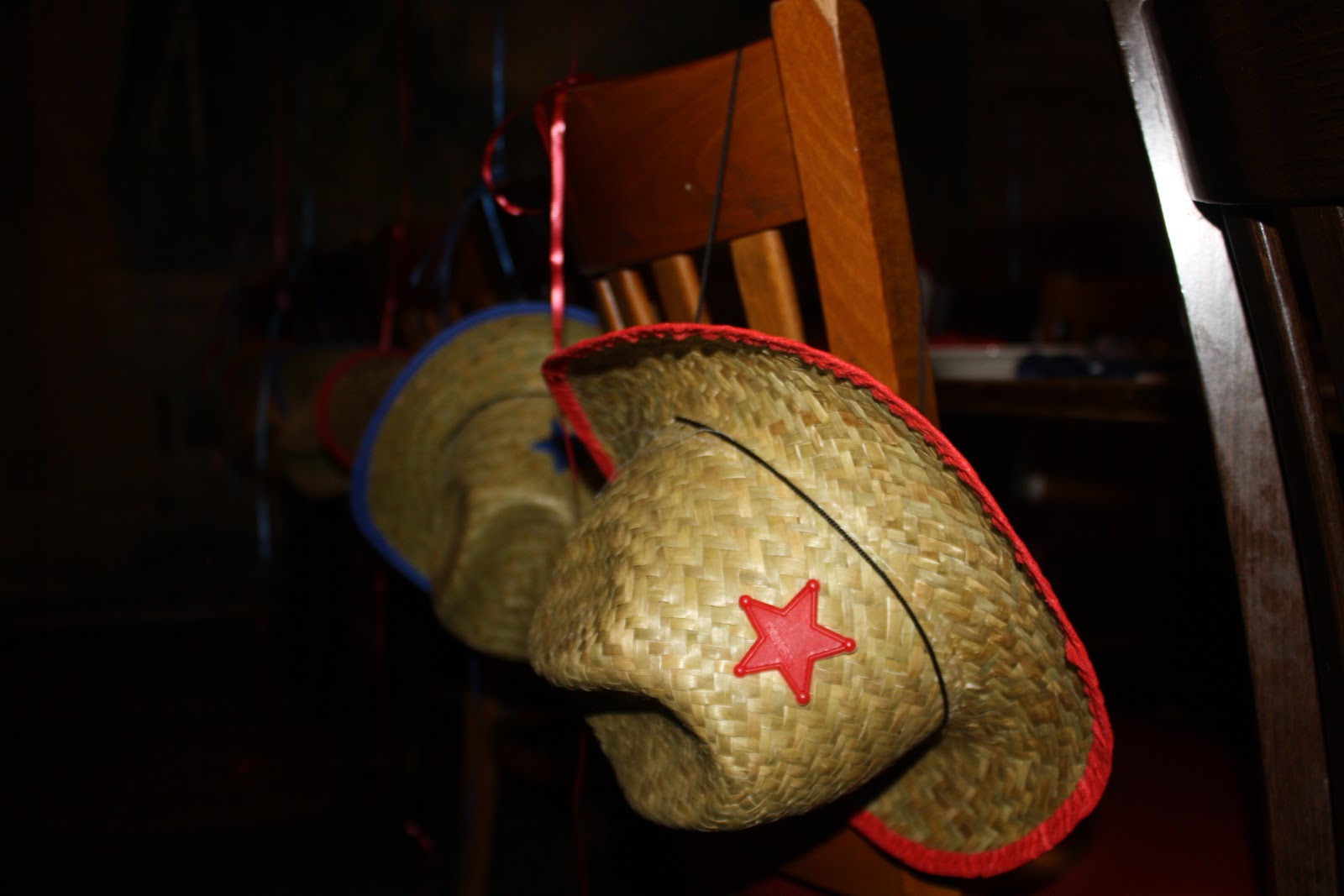 The goody bags were simple brown paper bags with red and white ribbon. Inside were Fort Knox Gold Coins or Gold Nugget Bubble Gum, a Wooly Willy Wanted Game, Cowtail Candy, and Cow and Horse Stickers. As an added treat, my husband found rock candy sticks, which were a hit! 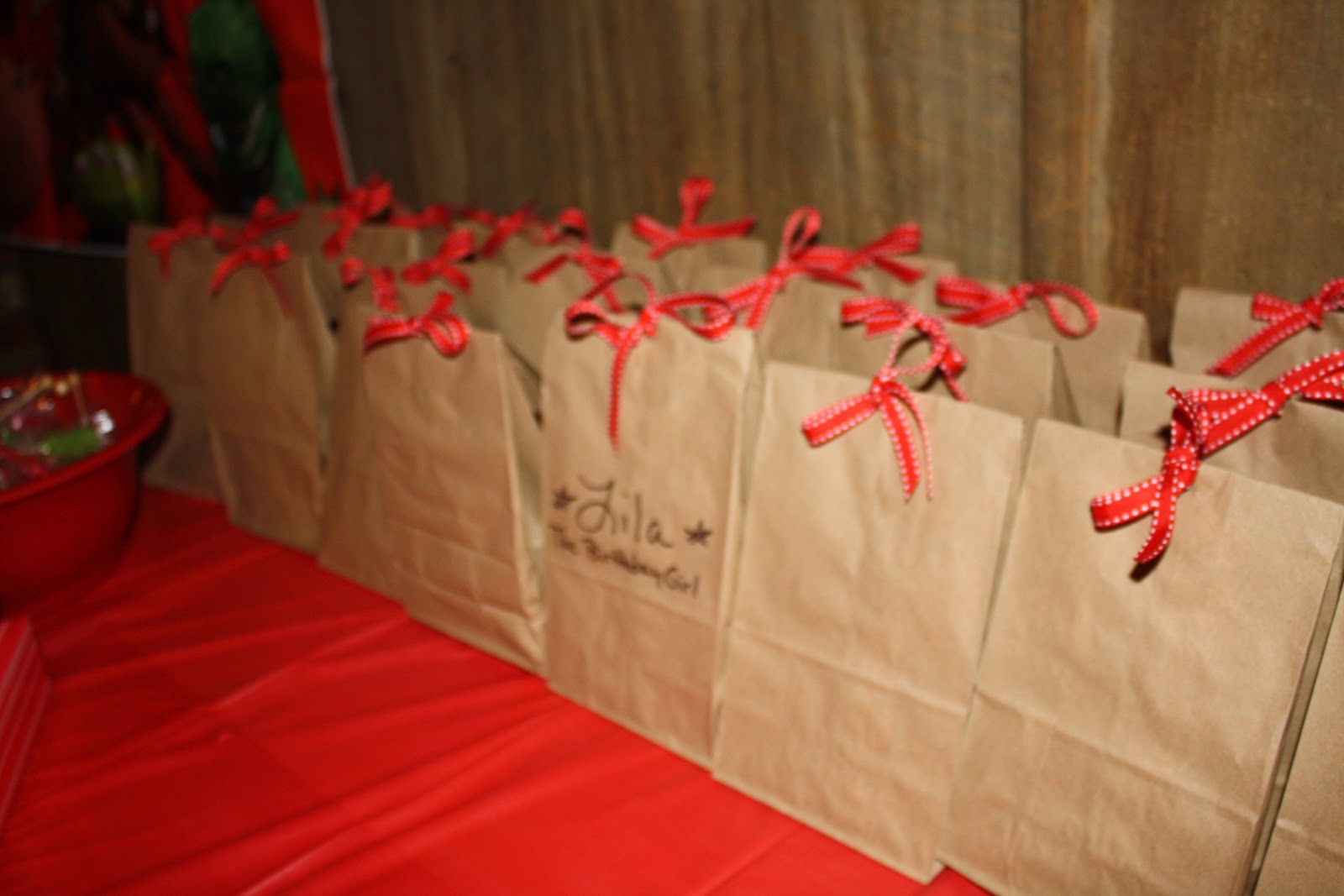 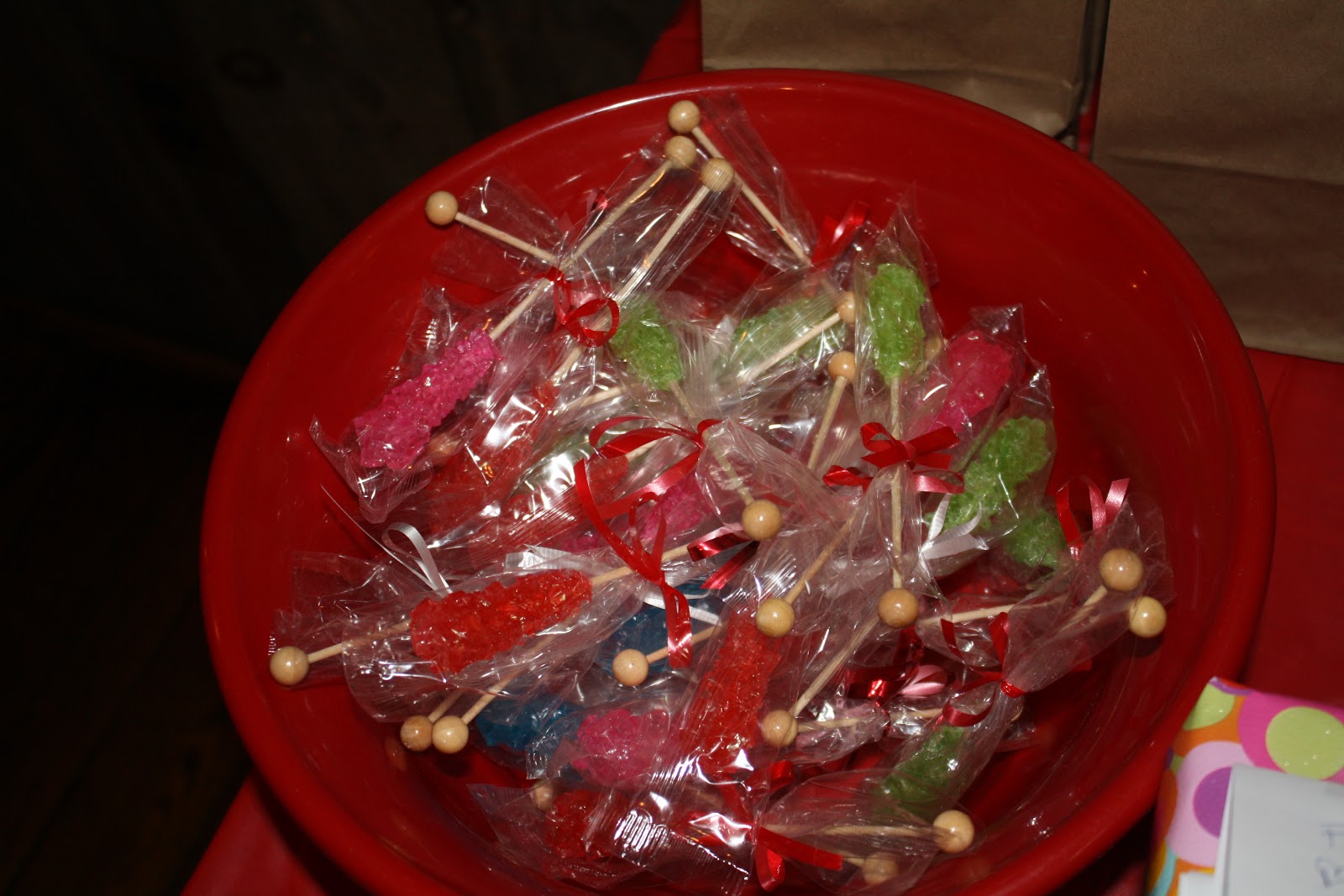 As a party game, we played "pin the tail" on the horse (specifically "bullseye" the horse). 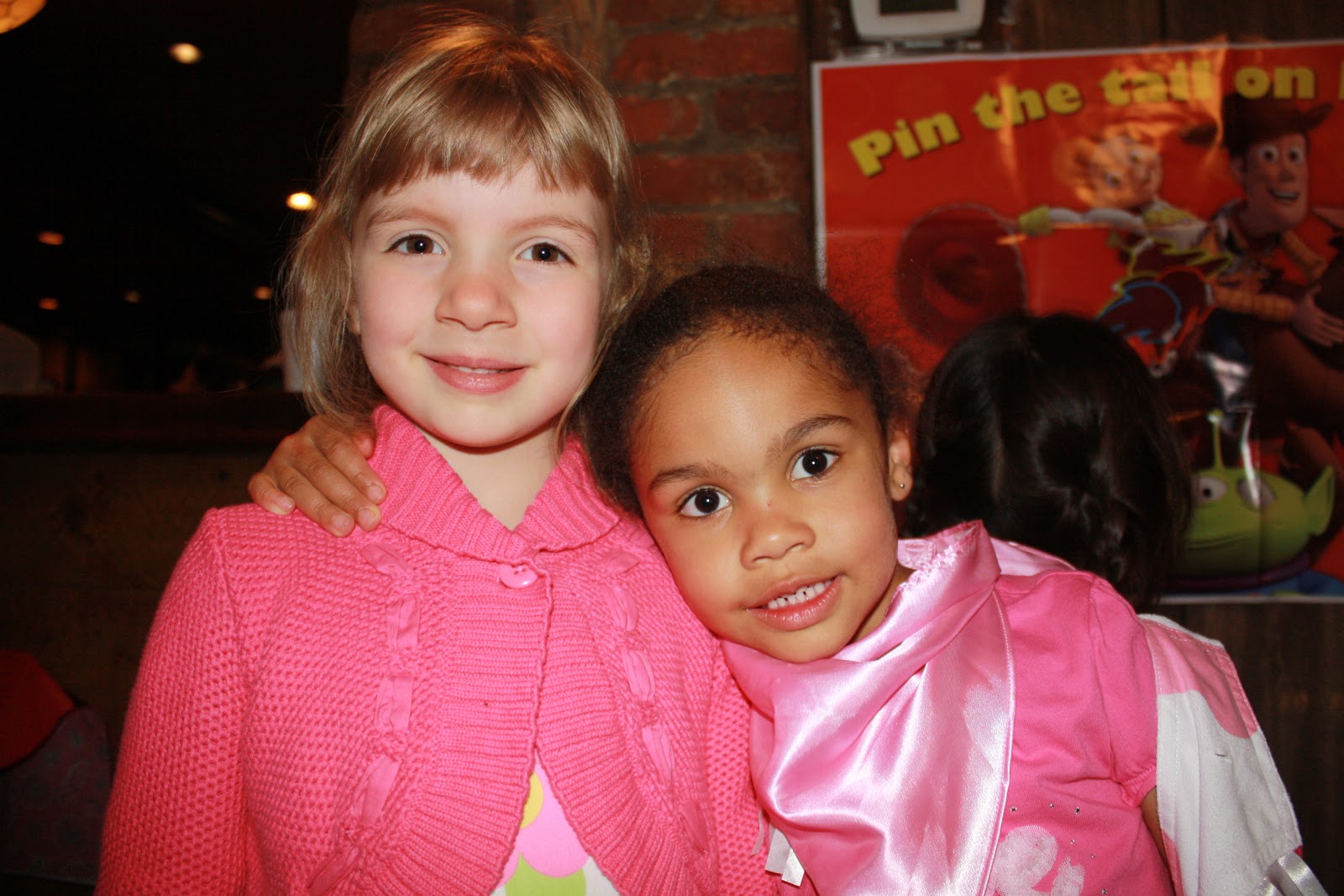 One of the best parts of the party was the surprise celebrity guest--
Jessie the Cowgirl!!! 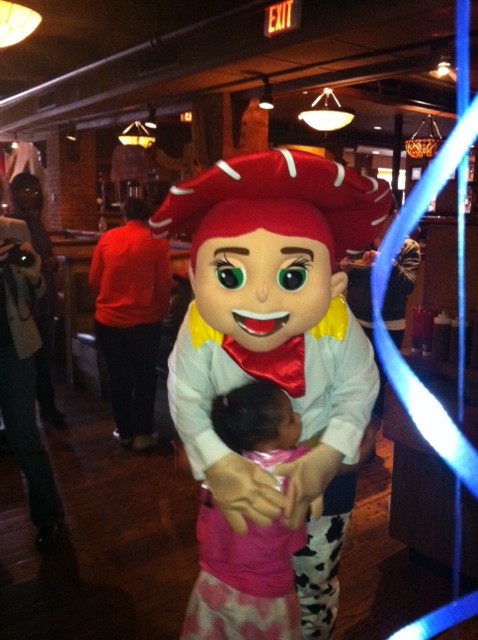 For dessert, we had a chocolate cake (which I decorated with a picture of Jessie) and red velvet and vanilla cupcakes. YUM! 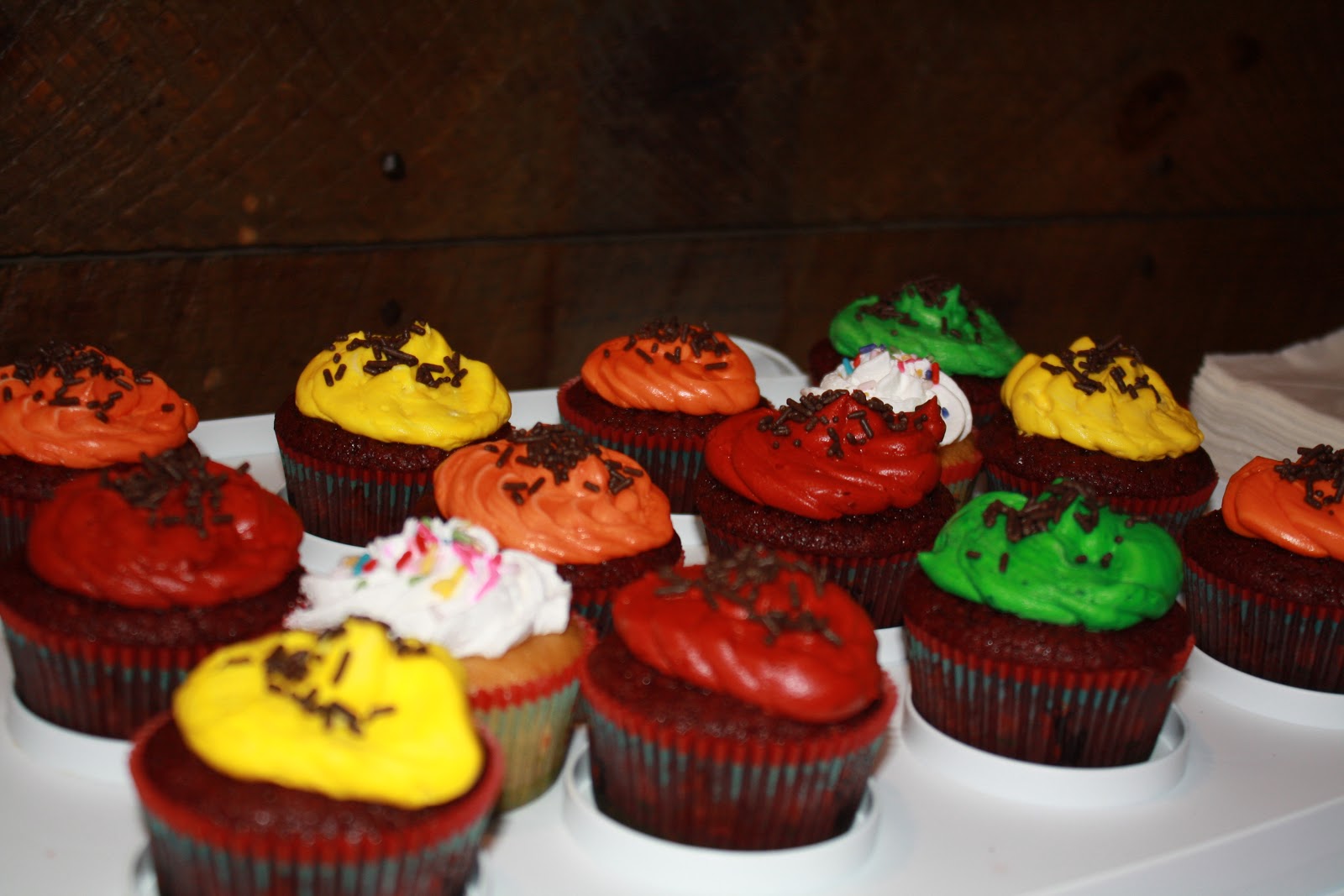 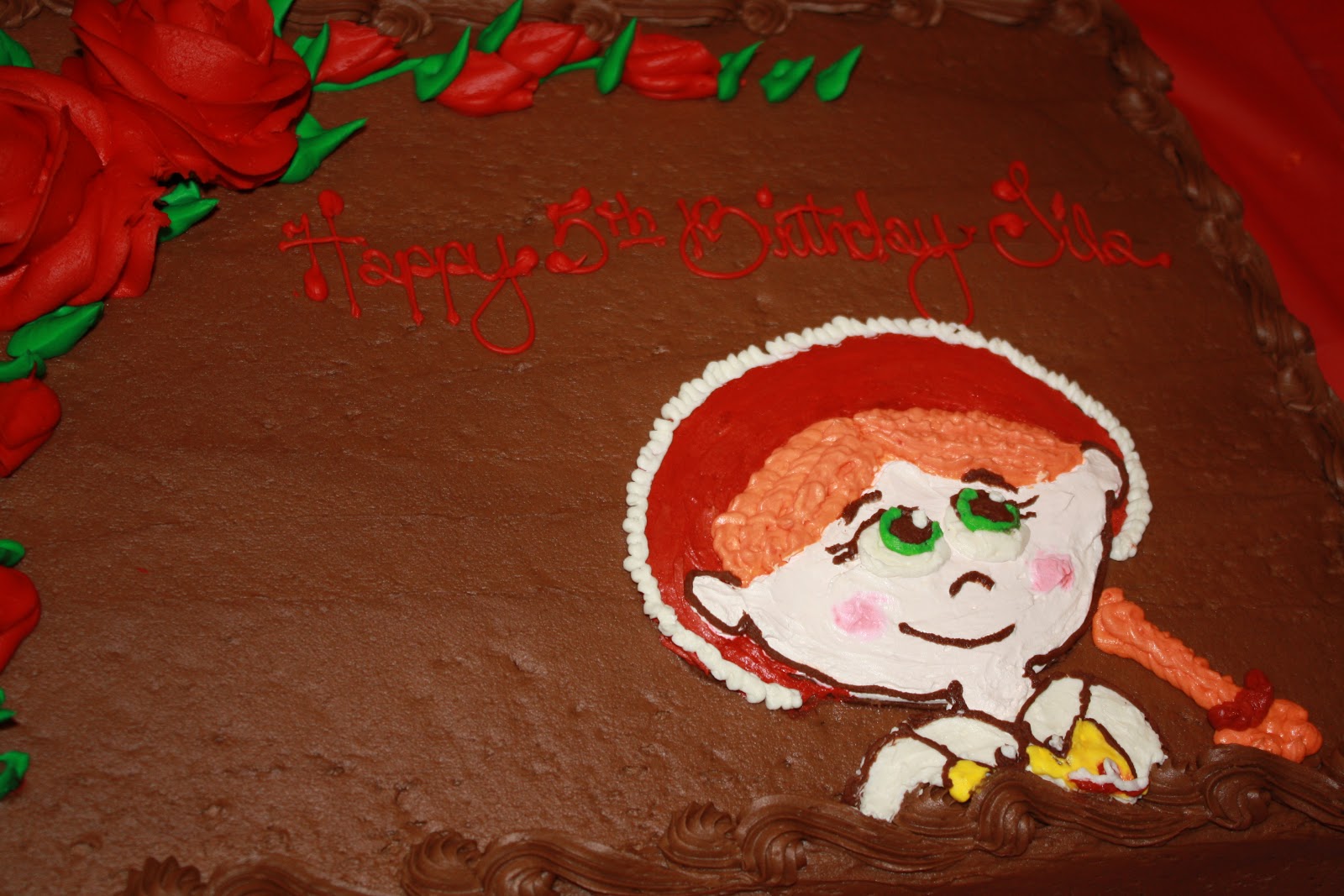 ﻿
Planning Lila's parties each year really allows me to satisfy my desire to be creative. Once there's a theme in place, there are so many cute things to be done to make the party unique and fun. Lila and her friends had a great time and I believe the parents did too! 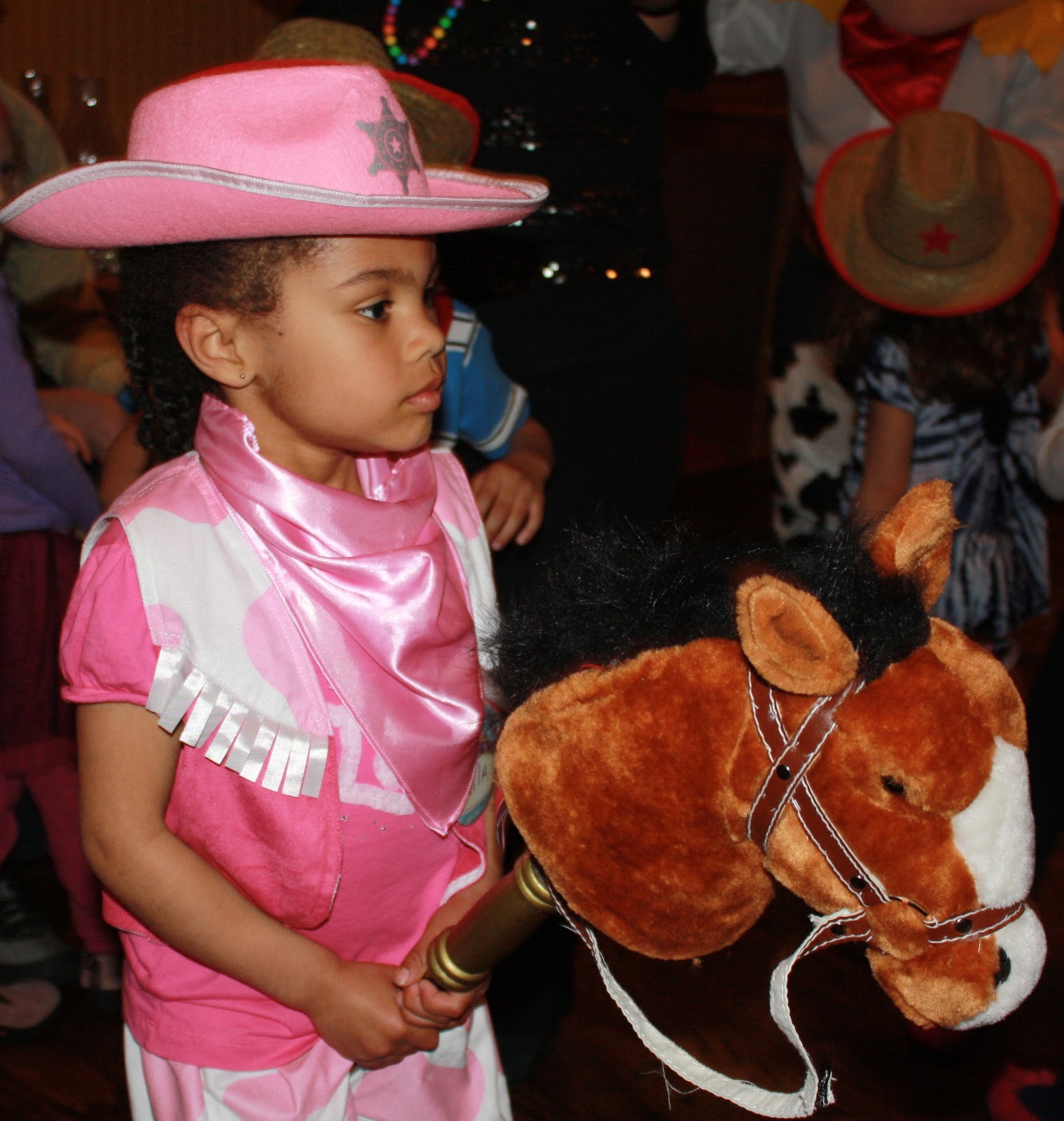 Now it's time for Lila to mosey on yonder to see what sort of adventures her 5th year brings!

I tip my hat off to Lila-- she's an awesome 5 year old with a whole lot of spunk.

Summer is coming which means I am hitting the gym a little harder. We all know that protein intake is an important part of a strength training and fitness routine. As a vegetarian and busy mom, I usually have to supplement my protein with whey or casien powder. At my last visit to the Vitamin Shoppe, I decided to try a different protein powder from my norm that was on sale- Cytosport Complete Casien in chocolate.

When I opened the tub and took out a scoop it instantly reminded me of chocolate cake mix. (Maybe because I'm dieting I have chocolate cake on the brain??) When I mixed it with water it was too thick and sweet for my taste. The baker in me decided it was time to experiment. The result is the recipe below. Chocolate Peanut Butter Muffins that are delicious and nutritious! 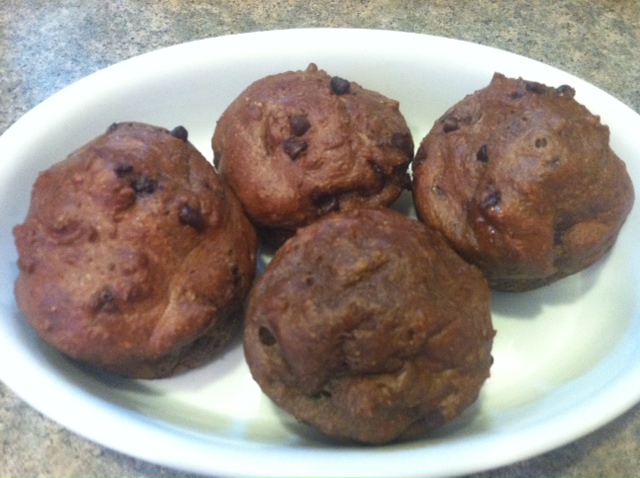