The Nutracker: "We love you meeces to pieces!"

Audition jitters... Rehearsal exhaustion... Back stage chaos... Pre-show butterflies... you would think that I was the one performing in the Nutcracker!

Nutcracker season has come to an end and while Ellyn and I wonder how we were able to pull off managing the girls' rehearsal and show schedules plus volunteering back stage to dress and prep ten little meece, it was all so worth it. It was an amazing experience for Lila and Clara-- and they were truly amazing. (Broadway, here we come!)

I'm sure Ellyn has her own stories to tell, but I will give a glimpse of one of mine...

The first performance was full of drama-- not on stage, but behind the scenes. It was my first day volunteering. My assignment? Wardrobe. I received my instructions and hestitantly entered the Meece dressing room-- a tight, narrow space filled with ten bouncing, crawling, and giggling little ones. And they were everywhere! The mission? Dress them all within 45 minutes. "Okay. Deep breath. Let's do this."

They were dressed with time to spare. Phew.

"15 minutes before showtime!" The Meece lined up, each grabbing the tail of the one in front of them (so cute), and headed to the Orchestra Room, off stage. They began their "warm up" which was simply running around the room and laughing. The coordinator explained that this helps them to get the sillies out before going on stage. Makes sense. But then it happened...

Whack!!!! Lila collided with another Mouse.

"It's okay. It's okay." I hugged and rocked her as she screamed. After a few tight hugs I pulled back to look at the damage... Blood and tears and smeared make-up. Lila had busted her lip.

Just moments before, in the dressing room, Lila had spent a good 5 minutes carefully applying her lip gloss and then making kissy faces in the mirror. She was quite cute, I admit.

"Could someone bring us a tissue?" I pleaded.

Crap. All of the practice and hard work had gone out the window. All of the fun and excitment had vanished. Was this it? Would the show just go on without Lila? Would we go home?

Rolling up my sleeves, I decide right then, "Absolutely not!"

I looked Lila straight in the eyes and she stopped crying long enough for me to give her the best pep talk I could muster up in that moment. I can't remember exactly what I said, but shamefully there was a promise of candy or cookies or something at the end. Who cares? It worked!

Lila went on stage and was fabulous! As was Clara, who also proceeded to get sligthly injured on the stage. (But the pro that she is, the audience had no idea and the show went on.) Lila, Clara and the entire Meece cast totally wowed the audience performance after performance. There were many smiles, "awwww's" in unison, and laughter galore when the Meece took the stage.

I think Ellyn would agree, the feeling of seeing our girls on stage was unbelievable. I laughed, teared up, felt butterflies, and was just simply blown away.

Congrats Lila & Clara! You make us so proud. 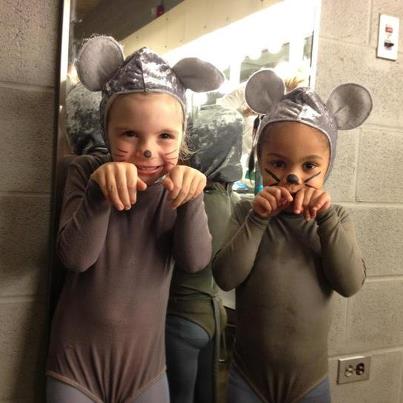 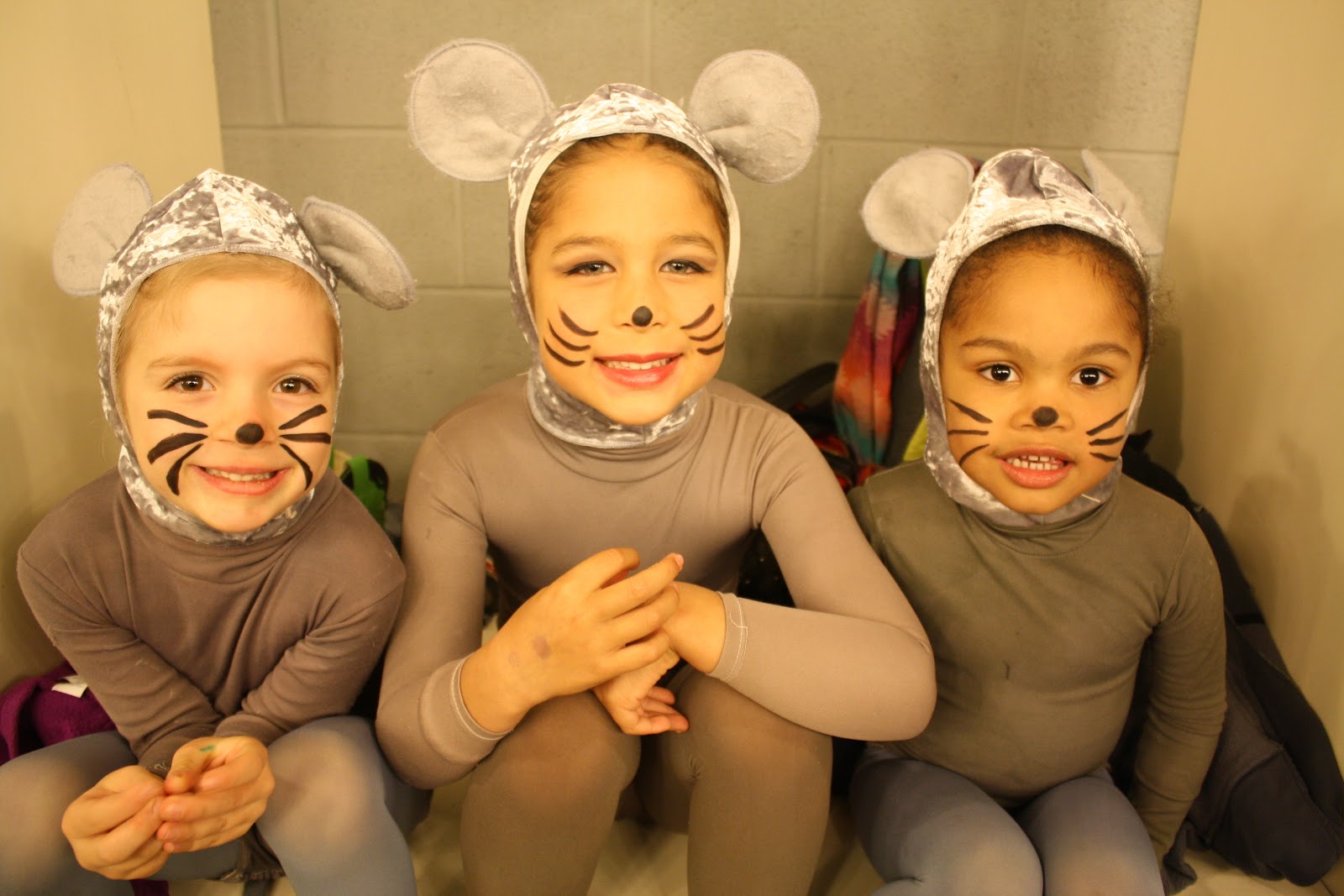