I don’t know when I thought the right time to start talking about death with my five-year-old would be, but I wasn’t expecting it to happen in the deli line at Whole Foods.
As the deli worker weighed the pound of turkey we just ordered, Clara asked in a clear and much louder voice than usual, “What happens when we die?”
The woman to my side looked over, curiously awaiting the answer. The deli guy looked bemused, spending a few extra seconds at the scale as he listened in to the conversation.
I paused for a while. This felt like an important question and it seemed like I had an audience of at least three awaiting my verdict.
Finally, I employed one of my favorite tactics as both a mom and an educator. When someone asks me a tough question I turn the tables and ask the asker the same question.
“Well, what do you think happens?” I asked.
“I think it’s dark like when you close your eyes,” Clara said, closing her eyes to demonstrate.
“That’s a good guess. It’s interesting that you chose darkness because other people describe heaven as being very light and white. There are lots of different ways to think about what happens when you die,” I said.
I was gearing up to say more, but Clara just shrugged her shoulders and said, “OK”, satisfied with these two scenarios of death as complete darkness or complete lightness, and asked if she could have some ice cream.
I was relieved that this conversation was short and to the point and figured that we were done talking about death for a while.
***
I was wrong. The next day at home, as we were making cards for Papa’s upcoming birthday, Clara began a more sophisticated line of questioning about death.
“I’m never ever never going to die. Right, Mama?” Clara looked up at me with wide eyes, so hopeful that she would be the exception to this thing called death that maybe just happened to other people.
My throat closed for a moment. As a mother, every day, I help Clara in practical ways like giving her food, getting her dressed, and driving her places. I help her in psychological ways by helping her to grow as a person, to believe in herself, and to dream big. And yet, sometimes I feel like I am no different than a cave woman mother from thousands of years ago with my main mission, underneath all of the modern responsibilities, being to just keep my child alive, to protect her from death.
For some people, I imagine death seems like a far away something that will happen someday way yonder in the future. To me, death has always felt tangible, present, as though it is lurking just around the corner. On a regular basis, I find myself murmuring a prayerful plea, don’t die, in situations big and small. When I was nine months pregnant, and there was a day that I couldn’t feel Clara kicking. Don’t die. When she was two years old and swallowed nearly an entire bottle of Tylenol. Don’t die. When we crossed four lanes of highway traffic in our car and almost crashed. Don’t die.
And so when she asked in her little plaintive voice about her own death, every part of me wanted to scream, “No, no, my dear, Clara, not you, of course you will not die.” And yet, I knew I had to tell her the truthful answer as much for her as for me.
“Yes.” I swallowed. “Some day a long time from now, you will die. Everyone dies. When you go to heaven, you will see all of the people you love.”
“Well, if I have to die, I’m not going to die until I’m like 40… or 100,” Clara said with the assurance and confidence of those ages being far away in the distance.
I mention that there is a big difference between 40 and 100 and reminded her of some of the people we know who are 40 years old. I tell her that it is more common to die closer to 100 years old than 40 years old.
“Alright, she says, I choose 100 years old then. I will die when I am 100,” she decided.
Wouldn’t it be nice if death felt like a choice, a decision that we could make with assurance at age five? As someone who likes to have control in my life, death has always felt like the biggest unknown. I remember reading “Tess of the d’Urbervilles” in high school and resonating with a passage where Tess wonders what day her death will be. We celebrate our birthday every year, but our death day passes us by unknowing. I was surprised when Clara asked me last week what day her death will be. It seems that like her mama, she might prefer to have the date and time self-selected in advance.
How do you tackle unknowable or uncomfortable topics with your child? How do you handle questions of life and death with your child?
What would you say if your child asked “I’m never ever going to die. Right, Mama?” 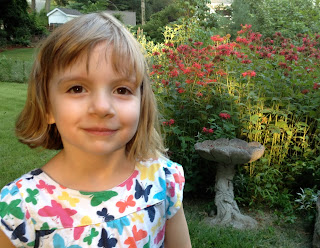