Remember when we almost crashed?

For the past three weeks, Clara has uttered one question more predictably than any other phrase in the history of her four years on earth. It doesn't matter who I am talking to, be it an old friend or someone I just met at the grocery store, within less than one minute of starting a conversation, Clara ambles over, looks up at me pointedly, and asks, "Mama..." and then she pauses to make sure everyone is listening... "Do you remember when we almost crashed?"

This, my friends, is a conversation stopper. With the exception of one person who I think might not have actually heard what Clara said, inevitably anyone I am talking to turns to me with a concerned expression waiting for more details. 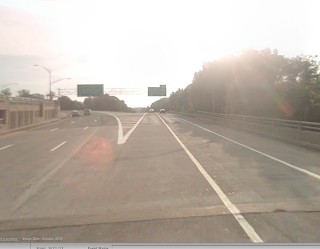 In the early morning of July 4, Clara and I had just entered the Cross County Parkway after driving on major highways for the past two hours. It was a holiday morning. There was not much traffic. The trip had been smooth. I was driving the speed limit. Nothing too much to report. I moved the steering wheel slightly to get onto the parkway as the road veered to the left which was a slight adjustment after miles of straight road driving. It was a hot morning- already reaching the high 80s, and rain had just fallen. It's still hard to understand what caused what happened next, but our car must have hit a slick spot.

And then my car spun out. It moved forward and backward. From side to side. Across four lanes of traffic. Narrowly missing four vehicles and headed straight for a concrete barrier on the side of the street. The brakes finally kicked in right before we hit the concrete. The cars behind me squealed to a stop to avoid hitting us as the man in the black SUV directly behind me raised both hands and shook his head in disbelief. 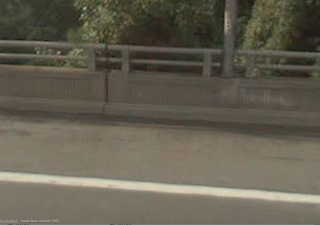 If I was as gifted of a storyteller as my sister-in-law, this is where I could go into great detail and long pauses to emphasize each single excruciating moment of the experience. If she was telling the story, she would have listeners on the edge of their seats, twisting and turning with every jerky turn of the car.

I, on the other hand, cut to the chase, eager to get to the happy ending of the story- we are all OK! Yes, our car almost hit four different vehicles and crashed head-on into a cement barrier. But, it didn't. We survived. The car survived. All of those around us survived.

After the almost crash, I made a decision not to talk about the experience with others. What was there to tell? Nothing happened, right? I admit I was annoyed at the frequency with which Clara brought up this experience. Whenever she asked me to re-count the almost crash, I found my adrenaline pumping and a lump forming in my throat, and I felt embarrassed for feeling so emotional about something that in the end didn't really happen. 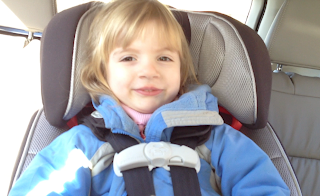 In my desire to emphasize the happy ending, I recently realized that I was ignoring Clara's plea for me to acknowledge what did happen that day. Before "nothing happened," for ten horrifying seconds, on the morning of July 4,  Clara and I were bouncing around in an out-of-control car crossing four lanes of traffic on a major highway, almost colliding in four different places, and wow, that was really, really scary.

As our car slowly circled to return to our path home on the Cross County Parkway that morning, I was overtaken with a swelling feeling of gratitude for our survival. I said a long and detailed prayer aloud listing all the things I was grateful for in that moment.

Two weeks later, Clara came to me as I sat at my desk, and said, "Do you remember that prayer you said when we almost crashed? That was a really nice prayer. Here's a sticker." She proudly planted a car sticker on my desk. She literally found the one car sticker she owns amidst her penguins, frogs, hears, and letter stickers, and gave it to me. 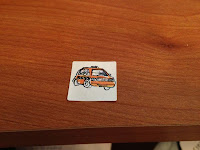 I have kept the car sticker on my desk. It reminds me both of the great shock and good fortune of that day. And how sometimes a little girl can see better than a grown-up that a happy ending is more complex than it seems.